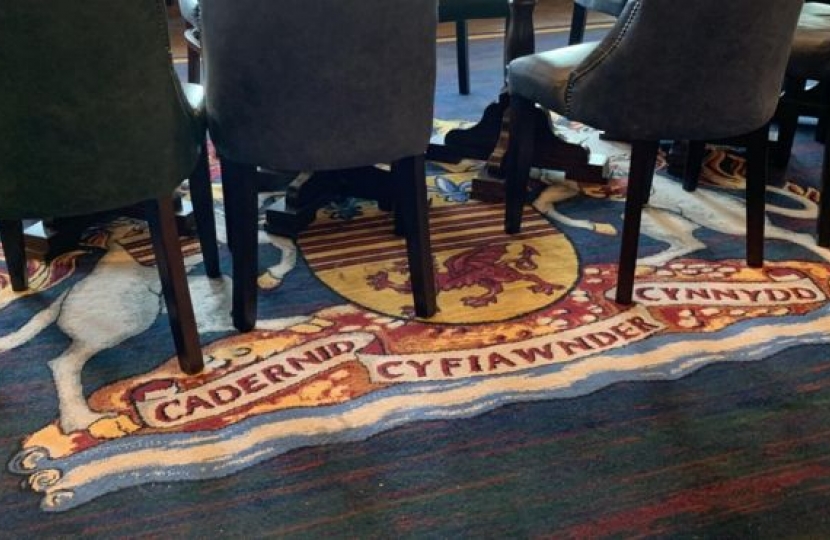 Plans by Barry Plaid Councillors to take Wetherspoons to court over the use of a carpet bearing the town council’s crest have been opposed by Conservatives on the council.

Conservative Group leader - Cllr Vincent Bailey - said it was time to put a stop to the “nonsense” and get on with more important work.

The row stems from the pub chain’s use of a carpet bearing the Town Council’s crest. There had been complaints about its use without permission. Councillors had agreed to write to Wetherspoons following a ‘passionate’ plea by Plaid Councillors, but Conservatives vehemently oppose Plaid plans for legal action which would be a “waste of money”.

Cllr Vincent Bailey said: “Taking Wetherspoons to court would be an absolute waste of money, and the public backlash would be deserved.

“Frankly, Barry residents expect us to be concentrating on more serious things - and whilst some Plaid councillors seem to be gunning for legal action, it makes much more sense to come to a compromise.

“We’re talking about a significant local employer and a popular pub.

“This could be resolved easily, and that’s why I have called for a special meeting of Town Council - so that we can put a stop to this nonsense, get on with our lives and start working on things that matter to our residents.”

Covid-19: Social care staff ‘risking lives for the want of a mask'

In a letter to the Health Minister, Janet Finch-Saunders AM – the Shadow Minister for Social Care – has called on the Welsh Government to prioritise the supply and distribution of personal protective equipment (PPE) to protect social care employees.