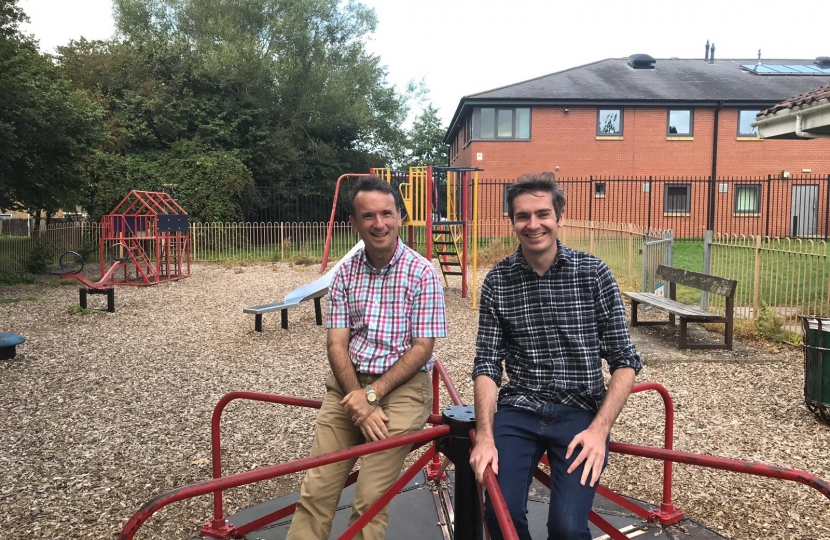 Residents of Highlight Park have long raised concerns at the state of the local play park. Since being elected as the local councillors, Vincent Bailey and Leighton Rowlands, along with Alun Cairns MP, have been campaigning to see new investment to upgrade the park.

They have now been successful, with funding secured for new play equipment.

Alun Cairns MP said, “This is fantastic news that finally the park will see an upgrade. Parks play vital role for children to lead a healthy lifestyle but also they are vital to a community like Highlight Park.

Cllr Vincent Bailey and Cllr Leighton Rowlands said, “When we were elected back in 2017 we made a promise to see the park upgraded and we are delighted along with Alun Cairns to secure funds, and deliver on our promise.”

The Council will be holding a drop in session on Thursday 12th September 2019 at Highlight Park Community centre 3pm -5pm to hear residents views.