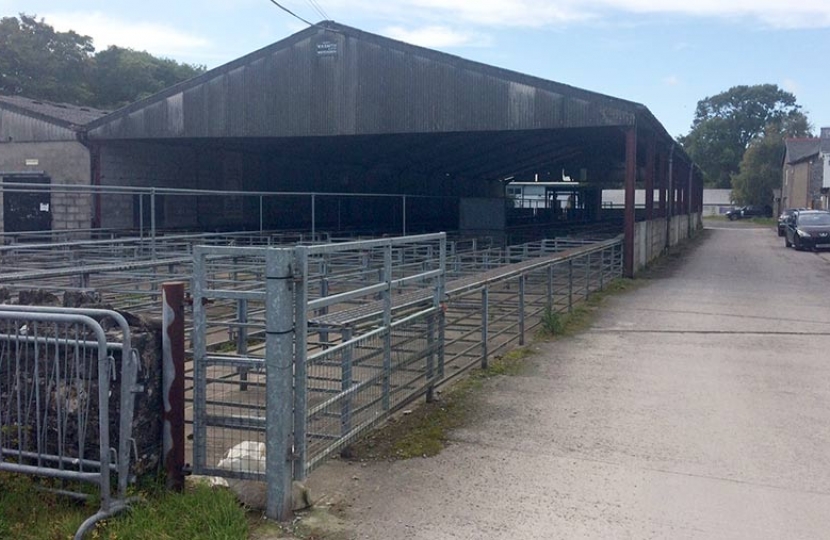 Cowbridge Conservatives have criticised the town’s 3 Vale Independent councillors, for failing to protect its historic cattle market from closure.

The Vale of Glamorgan Council have informed Glamorgan Marts, the market’s operator, that its licence for the current site will not be extended beyond March next year.

It called on the Council to act on its own feasibility study, which recommended an out of town multi-purpose site be identified, and warned that if the current market closed before a replacement was up and running, it was unlikely to ever reopen.

However, the motion was defeated after all Labour and Vale Independent members, including Cowbridge Cllrs Hunter Jarvie, Andrew Parker and Geoff Cox, voted against.

Cllr Carroll said, “The cattle market is a key part of Cowbridge’s heritage as a market town, and I fear that once it’s gone it will be gone forever.

“I accept that it cannot stay where it is, and that it needs to move to an out of town location. Indeed, moves to increase parking capacity in the town are to be welcomed, though there must of course be proper consultation with residents and local traders.

“However, the Council’s own feasibility study is clear that the current site must not close until an alternative is up and running. It is bitterly disappointing our motion was rejected and that the Council has failed in its duty to protect such a precious part of the town’s heritage.”

Cllrs Cox, Jarvie and Parker were elected to represent Cowbridge as Conservatives in 2017, but now sit as “Vale Independents” and prop up a Labour administration.

Cowbridge Conservatives spokesman and town councillor Russell Spencer Downe criticised them for failing to stand up for local people, and called on them to resign and face by-elections.

Cllr Downe said, “The people of Cowbridge have been left without representation following the decision of the 3 councillors to defect.

“Just like with the Physic Garden, they have once again failed to stand up for the town, and should resign and put their decision to change allegiance to the people in by-elections.

“Cowbridge Conservatives remain steadfast in our determination to stand up for the town, and will continue to fight to secure the future of our historic cattle market.”