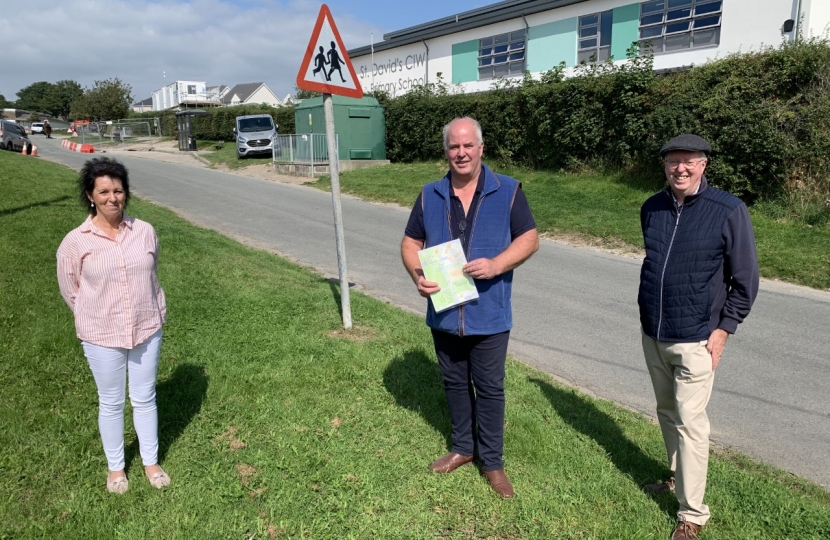 Following the construction of the new St David’s Church in Wales Primary School, the Vale of Glamorgan Council are intent on building a footpath on the western side of the highway.

Colwinston Community Council, alongside several local residents, do not consider the scheme necessary.

They have highlighted several potential safety issues with the proposals.

They undertook a walkabout of the site, and Mr Davies has urged the Vale of Glamorgan Council to rethink the plans.

Mr Davies said, “Local people have raised serious concerns about the road layout, and have called for a rethink.

“Sadly, there has been a lack of engagement from the Vale Council’s perspective, and this is not good enough. They should be working with residents and not against them.

“I’m grateful to Christine and Ed for taking the time to meet. I agree with their concerns and I hope the Vale takes note.”