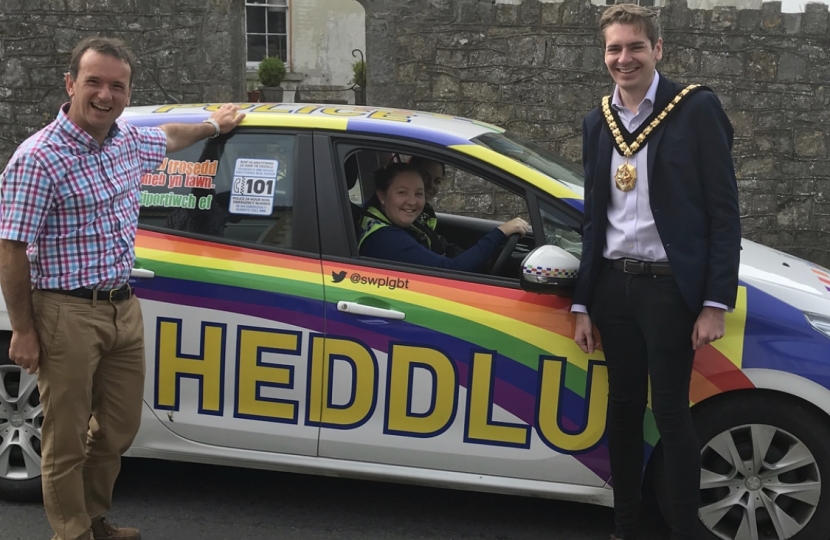 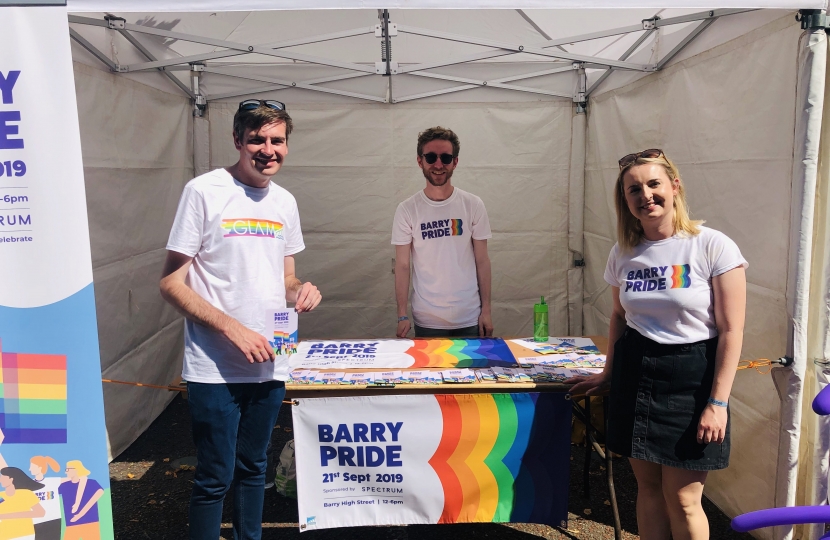 Barry Pride, which was organised following the success of Llantwit Major Pride, will be a fun day out for everyone and an opportunity to join in and help celebrate the LGBTQ+ community. The event is sponsored by Spectrum Collections, a world renowned makeup brush company which originated in Barry.

Cllr Leighton Rowlands said, “I am so pleased that a Pride event is being held in my hometown and I will be attending as only one of two openly gay Councillors. I’m also honoured that I will be attending with my local MP Alun Cairns, who has been incredibly supportive of me since coming out to him many years ago. The event is very important in highlighting issues affecting gay people.”

Alun Cairns said “I’m delighted to be attending Barry Pride along with Leighton. The event in Llantwit Major last year was a major success and it’s fantastic to see that we’ll now celebrate in Barry too. I recognise that Pride is incredibly important for the LBGT community and I am keen to support.”