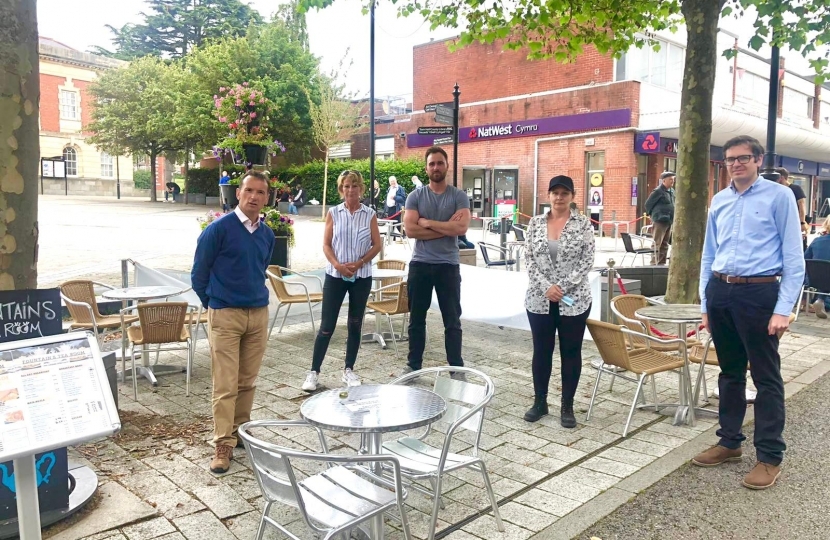 Pleas from local traders to suspend controversial charges to local businesses have been rejected by the Vale of Glamorgan Council.

Pavement charges were reintroduced earlier this month by the Labour-Vale Independent administration for bars, cafes and restaurants placing tables and chairs on the public highway.

Businesses have been unable to operate at full capacity during the pandemic, and the charges were previously suspended by the Council to recognise this.

At a meeting of the Council on Monday 26th July, Conservative Cllrs George Carroll and Leighton Rowlands tabled a motion calling on the administration to suspend the charges until the end of the pandemic.

The motion focused on the “unprecedented impacts the Coronavirus pandemic has caused local cafes, bars and restaurants,” and the “much needed relief” that outdoor dining has provided.

However, the motion was defeated after all Labour and Vale Independent councillors voted against.

Speaking after the meeting, Cllr Carroll said, “It has been a torrid 16 months for the hospitality industry in the Vale, with local bars, cafes and restaurants unable to operate at full capacity.

“It doesn’t take a genius to work out if you can only do 50% of usual covers then you will only take in 50% of usual revenues. This is clearly not sustainable.

“Outdoor dining had provided businesses with much needed relief, but these charges will create further pressures. Our motion was perfectly fair and sensible and it’s a blow to businesses that it’s been rejected.”

During the meeting, many Labour and Vale Independent councillors dismissed traders’ concerns.

One claimed the charges only amount to “a few pounds a week”, while another suggested they were “little more than the cost of a cup of coffee”.

Cllr Leighton Rowlands, who seconded the motion, said, “Many businesses live hand to mouth and Labour and Vale Independent councillors should not be dismissing their concerns in this way.

“It shows they are out of touch and sadly explains why they don’t see the damage these charges will do.”

NOTE: Please find below the text of the motion submitted by Cllr George Carroll and Cllr Leighton Rowlands

The Vale of Glamorgan Council: