Vale Cabinet criticised for failure to stand up to scrutiny 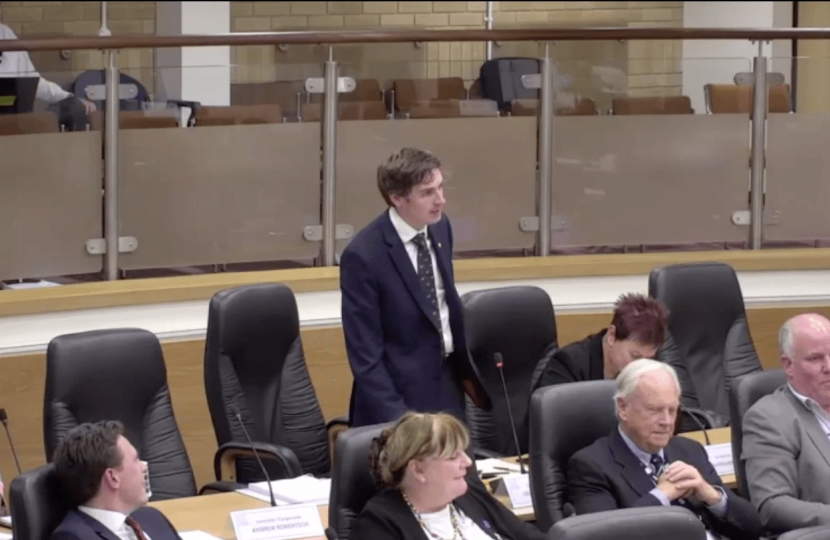 The Labour-Vale Independent Cabinet on the Vale of Glamorgan Council have been criticised after failing to answer several questions at Full Council on Monday.

In a bid to “move away from a system where Cabinet Members read out answers written for them by officers”, Conservative councillors decided to broadly worded questions, following which they would be able to ask a supplementary.

However, in a move described as “contemptuous of the democratic process”, the cabinet members refused to answer, complaining they had been unable to prepare their answers in advance.

In response to a question from Cllr Leighton Rowlands requesting an update on Leisure Centre operations in the Vale, Cabinet Member for Leisure, Arts and Culture Kathryn McCaffer read out a pre-prepared line that “[she could not] answer your question because it is not precise enough”.

In response to Cllr Rowlands’ supplementary question on the delayed upgrades to Penarth Leisure Centre changing rooms, Cllr McCaffer again declined to answer, instead insisting she would write to him.

Cllr Rowlands expressed disappointment at the lack of engagement, saying it “should be a basic requirement” for the Cabinet to be able to answer questions without notice.

He described councillors complaining they were unable to “read out answers pre-prepared by officers” as symptomatic of wider institutional problems within the authority, and called for greater accountability.

Cllr Rowlands said, “Since I was elected to the Council, it has amazed me that so many Cabinet Members have been unable to think on their feet when answering questions regarding their briefs.

“Instead, they rely on long winded, pre-prepared answers written for them by officers, instead of having the grasp of the portfolios residents expect.

“It should be the Cabinet Members directing the officers rather than the other way around.

“Conservative councillors deliberately tabled broadly worded questions in a bid to move away from a system where the Cabinet read out their pre-prepared answers, and instead face the scrutiny of answering without notice.

“Cllr McCaffer’s answer was one of many that showed deep contempt for the democratic process, and demonstrates the urgent need for a culture change within the Council.”