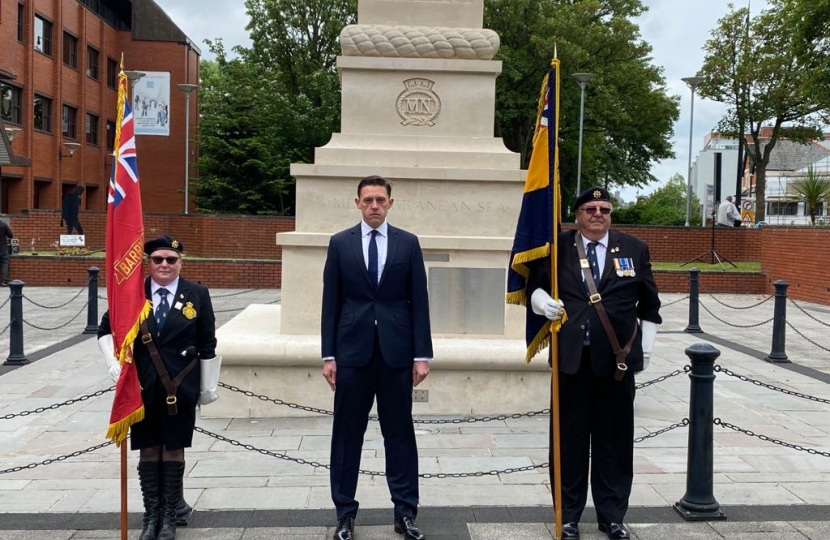 The Leader of the Conservatives on the Vale of Glamorgan Council, Cllr George Carroll, has paid tribute to the “bravery, dedication and sacrifice” of service personnel and veterans ahead of Armed Forces Day.

Armed Forces Day takes place on Saturday 26th June, and Cllr Carroll described it as an “important moment to show our gratitude to those who sacrifice so much to defend our freedoms”.

To begin the commemorations, Cllr Carroll joined veterans and representatives from the Royal British Legion at the Civic Offices in Barry on Monday 21st June, at the Armed Forces Flag raising ceremony.

Cllr Carroll said, “The role of the UK Armed Forces must never be understated.

“They work incredibly hard to defend our safety across the globe and promote peace and security for all, and Armed Forces Day is an opportunity for us to show them our gratitude.

“It was a privilege to attend the Armed Forces Flag raising ceremony and represent the Council’s Conservative Group.

“Ahead of Armed Forces Day, I would like to pay tribute to all our Armed Forces: serving troops, their families, veterans and cadets.

“They make tremendous sacrifices to keep us safe, and we must all take a few moments to reflect and thank them for all they do.”