Member of Parliament for the Vale of Glamorgan

He first became aware of politics whilst growing up in a deprived community near Swansea. He saw that a close family member, who ran her own small grocery shop worked all hours possible for almost 50 years ended up worse off than many of our neighbours who hadn’t bothered working, in spite of being able to do so. He felt that it was wrong that people who were able to work could live off the state, yet others worked every hour for little reward. Naturally, he wants to see support for those who genuinely can’t work.

Being elected as the MP for the Vale in May 2010 was an honour and a privilege. He enjoys the role hugely. Parliamentary work in Westminster is exciting, fast moving and important to bring about the changes he’s mentioned. The constituency case work can be upsetting, rewarding and definitely varied.

As an Assembly Member (first elected in 1999), he stood up for people who have not received fair play from public (and private) bodies. He’s developed a particular interest in Special Educational Needs (SEN). Too many parents are forced to fight for what is rightly theirs. Statementing of children is a tortuous process and pupils who should be able to contribute to society later in life are being failed.

One of his proudest moments was to force a change of Assembly Policy after championing a local Special Needs case by exposing that WAG guidance was against the law.

In July 2014, Alun became Parliamentary Under Secretary of State for Wales and a Government Whip.

In March 2016 we became Secretary State for Wales where he served under three Prime Ministers, David Cameron, Theresa May & Boris Johnson

Before being elected he worked for Lloyds Bank (latterly Lloyds TSB) for more than 10 years – mostly in business development, with his last role in financial services compliance.

His other great interest is economic affairs and completed an MBA as a mature student, specialising in inward investment policy. This led to his role as Economic Spokesman for the Conservative Party in Wales and the responsibility of shadowing and scrutinising Rhodri Morgan in the early days of the Assembly, when Objective 1 was the key debate.

He’s passionate about our community and wants to play a part to help change it for the better. Freeing up business to create wealth and help reform public services to cut out waste is a priority for Alun.

Two weeks out: Matt Smith and Alun Cairns MP on the importance of voting Welsh Conservative on the 6th May Senedd elections

This is a watershed Senedd election. A vote for Welsh Conservatives in this election is a vote to close the per pupil spending gap between the Vale and Cardiff. It is a vote for more regeneration spending. 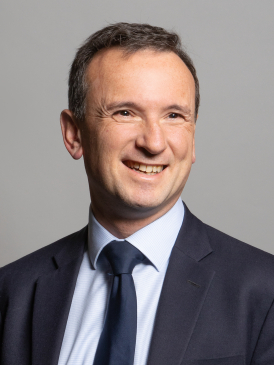