Cllrs express concerns over the future of Barry Hospital 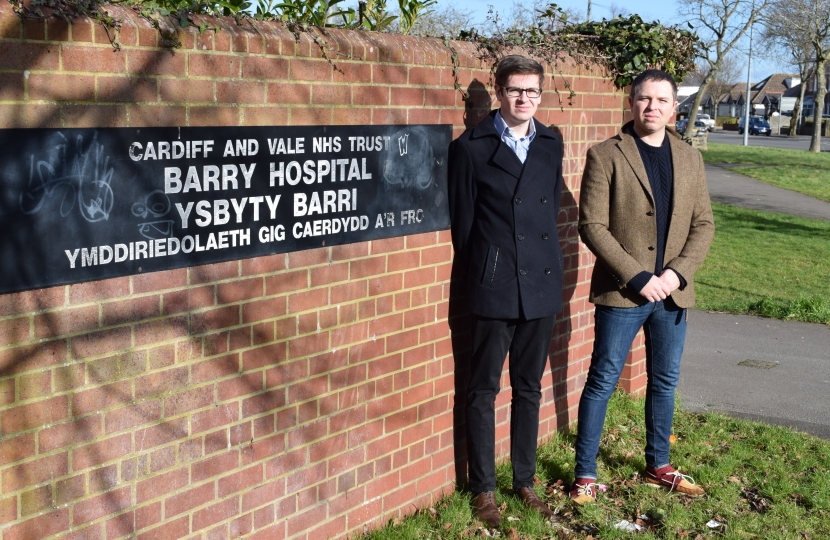 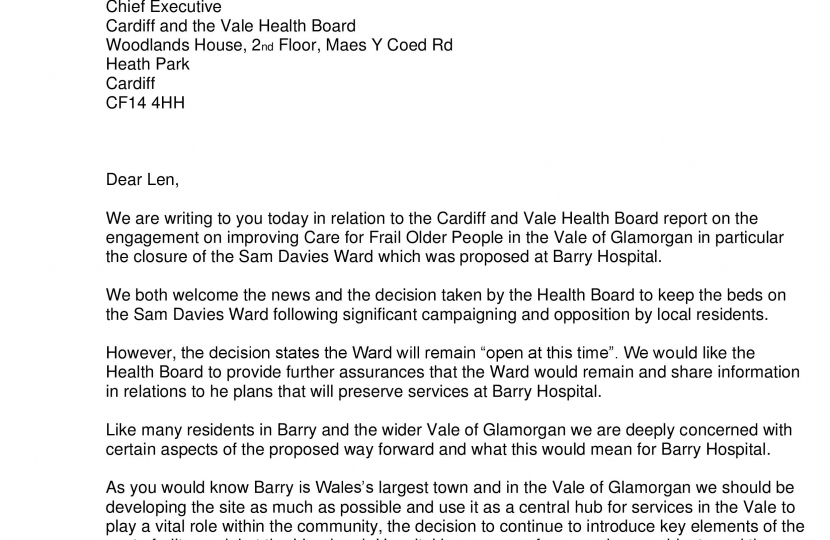 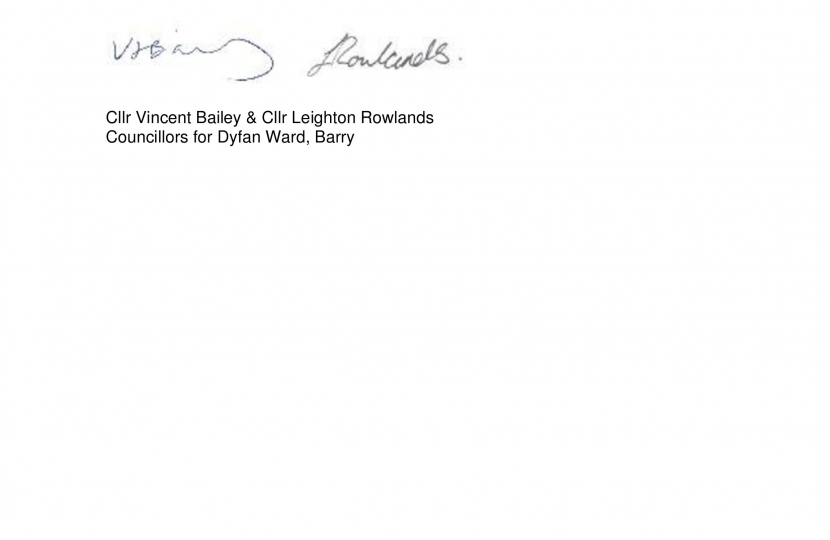 Cllr Vincent Bailey & Cllr Leighton Rowlands has written to the Cardiff and Vale Health Board over the concerns of the future of Barry Hospital.

Following the Health Board's Report on the outcome of their engagement on 'Improving Care For Frail Older People' in the Vale, which included proposals to close the Sam Davies Ward at Barry Hospital, both councillors welcomed the news and the decision to keep the the ward open.

However, the decision states the Ward will remain “open at this time”. Both Councillors would like the Health Board to provide further assurances that the Ward would remain and share information in relations to he plans that will preserve services at Barry Hospital.

During the engagement, the community made clear that they would not accept cuts to local health services.

They also express concerns like many residents in Barry and the wider Vale of Glamorgan with certain aspects of the proposed way forward for improving care for trial older people in the Vale and what this would mean for Barry Hospital.

Cllr Vincent Bailey said "Barry is Wales’s largest town and in the Vale of Glamorgan we should be developing the site as much as possible and use it as a central hub for services in the Vale to play a vital role within the community, the decision to continue to introduce key elements of the acute frailty model at the Llandough Hospital is a concern for us and our residents and the wider Vale of Glamorgan."

Cllr Leighton Rowlands said "We would like to know why the model cannot continue at Barry Hospital which is a great Hospital for the residents of Barry. Many of our residents have expressed concerns over the effect of the proposals would have on their families and patients that use Barry Hospital. Another concern of ours is the capacity at Llandough there are already issues with parking at the Hospital and the surrounding residential area. Moving key elements from Barry Hospital to Llandough along with the Health Board plans to move minor surgeries there from the Heath Hospital will cause serve parking issues at the Hospital and the local community of Llandough."

Amanda Milling: ‘The PM still has support of Red Wall despite locking down the North’

Amanda Milling, chairwoman of the Conservative party, is wincing at the memory of being a government whip at the height of last year’s parliamentary paralysis over Brexit.