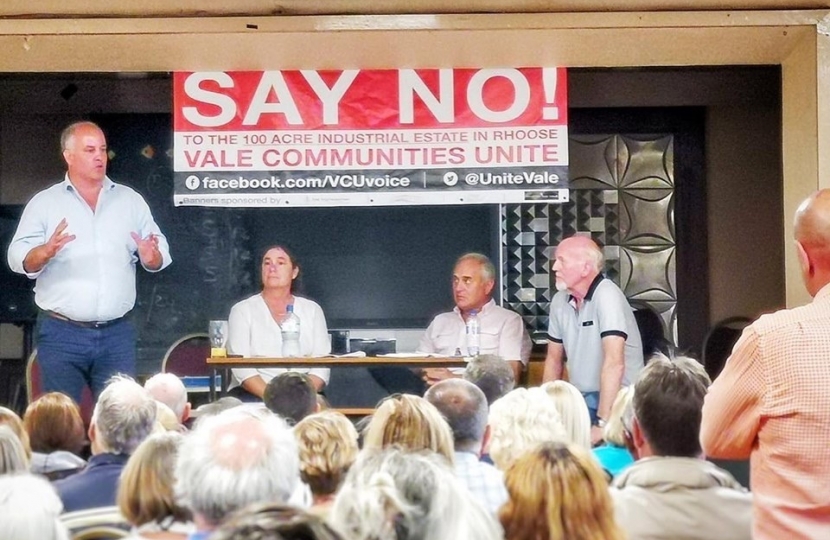 Residents from across Rhoose have voiced their opposition to the proposed aviation business park at Model Farm, at a public meeting with local councillor and South Wales Central AM Andrew RT Davies.

Developers Legal & General have submitted an outline planning application for the site, which is currently being considered by the Vale of Glamorgan Council.

Mr Davies said he accepted the site was in the Vale’s local development plan, but that it was specified to be a phased development.

He has submitted a formal objection to the application, describing the plans as “premature”, and emphasised that significant infrastructure improvements were required following overdevelopment in the village.

Mr Davies said, “Over many years, Rhoose has been subject to vast overdevelopment, and this has had huge implications for local residents.

“While I accept the site at Model Farm is included in the LDP, it is specifically designated as a phased development, so this application is premature to say the least.

“Furthermore, the pressures it would cause on local infrastructure are significant, and no additional development should go ahead in the village until major improvements are made.

“It was good to see so many people attend the public meeting, and the community unite against the plans.

“I have submitted a formal objection and will continue to stand up for local residents.”